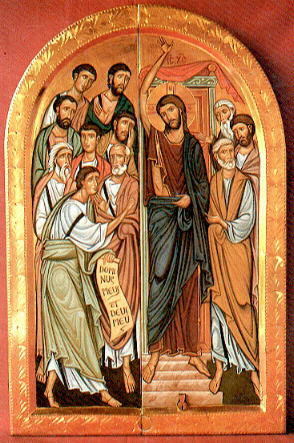 In our gospel for Pentecost Sunday, Jesus’ first words are “Peace be with you.” His second words are “As the Father has sent me, so I send you.” (John 20:21) That should give each one of us pause, for we too by virtue of our Baptism are sent into the world…just as the Father sent Jesus.

It should have come as no surprise that the disciples were sent to continue the words and works of Jesus. It is foreshadowed at various places in the Gospel:

This last text, which parallels 20:21, confirms that the sending of the disciples was ‘into the world’, i.e. with a mission to the world. The other texts reveal the essential content of their mission was to ‘harvest’ men and women for the kingdom by their witness to Jesus by word and deed, alongside the ongoing witness of the Spirit.