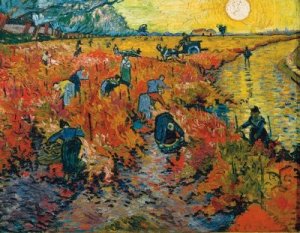 Caught in the Midst of Assumptions. It is interesting that it is the “manager” or “steward” (epitropos), not the owner, who calls the workers and “gives them their pay/reward” (misthos). They are the ones who dispense what the owner considers right and just. They are also the ones who take the flak from those who disagree. I think we can all relate to being the one thrust into the middle of something not necessarily of our own making.

The whole problem at the end of the parable is the landowner’s doing. Not because he paid them all the same, but because he paid the last first. This all could have been avoided by paying the first at the beginning so they are not around to see what the last ones are paid. But then this is a parable and Jesus’ intent is likely to let the disciples see what happens when Mt 19:30 is acted out: “But many who are first will be last, and the last will be first.”  What happens is the first hired witness the last one’s getting paid, which resulted in the first hires to think that they would get more (v. 10).

The word for “think” (nomizo) does not refer so much to a rational process (as logizomai), but “to assume,” “to presume,” “to suppose,” based on what one expects to happen or what is “customary” or the “rule” (which are meanings for the root nomos). Usually such assumptions are wrong as in its other uses in Mt: 5:17; 10:34.

The Complaints. Brian Stoffregen describes the three complaints of the first hired:

Robert Smith (Matthew, Augsburg Commentary) has this wonderful summary: “It is simply a fact that people regularly understand and appreciate God’s strange calculus of grace as applied to themselves but fear and resent seeing it applied to others.” [p. 236]  In a similar way, the parable of the unforgiving servant (18:23-35) suggested a great appreciation for God forgiving all of my sins; but a desire that God (and I) should punish all those who had sinned against me. (found in Stoffregen)

“The story is as clear as it is unexpected. Whereas we take it for granted that harder work deserves a greater payment, this employer operates on a less conventional basis. The reader instinctively sympathizes with the aggrieved workers in vv. 11–12: it doesn’t seem fair. The retort of the landowner is of course technically correct: no one has been cheated; the agreement has been scrupulously observed. Why then do we still feel that there is something wrong? Because we cannot detach ourselves from the ruling convention that rewards should be commensurate to the services rendered. When one man is “rewarded” far in excess of what has been earned while another receives only the bare sum agreed, we detect unfair discrimination.”

“But the kingdom of heaven does not operate on the basis of commercial convention. God rules by grace, not by desert. The “rewards” which this gospel has so persistently spoken of (see on 5:3–10, 11–12; 6:1–6, 16–18, 19–21; 10:41–42; 19:27–29) are not earned, nor are they proportionate to human effort. The God who lavishly clothes the flowers and feeds the birds (6:26–29) delights to give his servants far more than they could ever deserve from him. It is that principle, rather than the disappointment of the whole-day laborers, which is the main focus of the parable, but their very natural disappointment and sense of unfairness helps the readers to re-examine how far their reactions are still governed by human ideals of deserving rather than by the uncalculating generosity of the kingdom of heaven. In the kingdom in which the first are last and the last first there is no room for envious comparisons.”

Matthew 20:13 I am not cheating you: literally, “I am not treating you unjustly.”