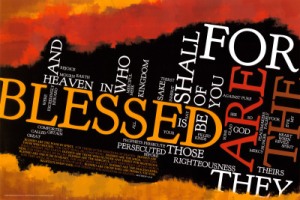 Almost a quarter of a century ago, I was in the midst of formation to become a lay missioner with Franciscan Mission Service as a prelude to my time in Kenya.  Fr. Joe Nangle, a Franciscan friar, was our speaker that morning.  We had begun day with the Eucharist and the gospel was the same gospel we heard this morning.  “Blessed are you who are poor… for yours is the kingdom of God.”  Fr Joe told us that if he could only have one verse of Sacred Scripture for our formation, this would be it.  Within in were the two great challenges to all Christians, but perhaps especially so for Christians from the affluent countries of the world:  to learn to see the poor and to learn to see the kingdom of God in the world. And then he told us this story.

Fr. Joe was the pastor of a mission parish in Coroico, Bolivia.  Cocoico is located amidst the geographical transition between La Paz on the altiplano and the Amazonian rain forest – his parish mission encompassed both.  Two of his friends from Boston came to visit him and at the end he was escorting them back to La Paz.  Along the way they stopped at village on the road to La Paz in order to take lunch in a small road-side cantina.  On the way in the visitors made eye contact with an older woman sitting near the door way to the cantina.  She was old in a way that only the years, deprivation, a hard life, and life’s burdens can mete out upon a soul.  She could have been 85, she could have been 45.  Such is the toll destitution takes on a person. She asked for nothing, but simply smiled in her own near toothless way, nodding her head.  At the beginning of the meal the couple from Boston asked the cantina owner if the woman was a local and were told that yes, she was and she was as poor as they come.  The couple ordered a meal and asked the proprietor to give it to the woman with their blessings.

When the meal was delivered, the woman waved her thanks from the doorway, never presuming to enter the cantina, and sat down again in the dust of the altiplano to begin her meal.  She bowed her head and seemed to give thanks to God. Within a few minutes another older woman could be seen standing at the doorway speaking with the one seated on the ground.  There were words in the local dialect, an ancient finger pointed to the couple inside, and seemingly knowing glances were exchanged between the two local women. Inside the cantina the couple thought to themselves… “Oh we have done it now.  Probably half the village will come around asking for a handout.  Maybe we will be finished and on our way before this gets out of hand.”

Outside the cantina, the new arrived woman sat in the altiplano dust. The first woman had found a discarded piece of cardboard, dusted it off, and had moved half of her meal onto the cardboard for her friend to have.  The second woman then nodded her toothless thanks to the two Bostonians and then gave her thanks in prayer to God for the blessings of the day.

“Blessed are the poor.” The word that Luke uses is his gospel is ptochos – which is not simply, “poor” but is better translated as “destitute.  It implies a continuous state of poverty. This does not refer to those who may not have enough money to buy everything they want; but it refers to those who have no money, who have no job, who have no possessions, who are on the street begging for the essentials of life.  It refers to two women on the Bolivian altiplano.

This couple – a couple that was active in their parish, active in Boston area outreach programs – for the first time they truly saw the poor and began to understand the meaning of being truly blessed. They saw the kingdom of God appear in the relationship played out between two Bolivian women. They saw a living parable.  “The kingdom of God is like two poor women in the dust of the Andean altiplano who share a meal…”  The women had received a kindness from two Bostonian strangers but rightly gave thanks to God upon who they depended.

For the couple from Boston, they had seen that nexus of the poor, the kingdom, and themselves.  They could not remember if they had even given thanks to God for their meal.  It was at that moment that they dreadful words of the gospel lingered over them. “But woe to you who are rich, for you have received your consolation.”  They were consoled in their lives, their careers, their fortune and successes – and now were humbled as they saw how little they depended on God and God’s blessings.  And they recalled the unknowing arrogance their earlier words: “Give this to the woman with our blessings.”

Flannery O’Connor  once wrote: “Your beliefs will be the light by which you see, but they will not be what you see, and they will not be a substitute for seeing.”  We believe many things about what it means to be blessed, about the kingdom, and about ourselves. It is in the act of truly seeing that our beliefs are changed – our vision and beliefs moving ever closer to God.  Ever closer to blessing.

“Blessed is the one who trusts in the LORD, whose hope is the LORD. He is like a tree planted beside the waters that stretches out its roots to the stream: it fears not the heat when it comes; its leaves stay green; in the year of drought it shows no distress, but still bears fruit.” (Jer 17:7-8)