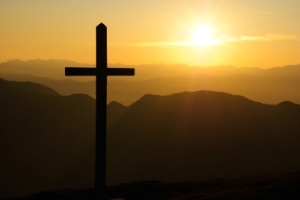 The gospel today is part of Jesus’ journey to Jerusalem. The revelation of the Transfiguration (Luke 9:27) marked the beginning and the arrival in Jerusalem will mark the end of the journey at the Cross. In between, the warnings and admonitions regarding the coming judgment that began with 12:1 reach their conclusion with a sobering call for repentance. Just as the debtor on the way to court (12:59) is warned to make every effort at reconciliation, so also Jesus uses the sayings about calamity in 13:1–5 and the parable of the unproductive fig tree in 13:6–9 to make the same point:

The sayings from this gospel of Jesus follow upon the parables of the kingdom (Luke 13:18–21) and stress the same points as above, adding, that great effort is required for entrance into the kingdom (Luke 13:24) and that there is an urgency to accept the present opportunity to enter because the narrow door will not remain open indefinitely. Luke 13:31-35 begins with a warning from the Pharisees for Jesus about Herod’s plan to kill him, but it becomes a reflection on the nature of Jesus’ life and mission (which reach their ultimate goal in his death) and then on the tragic role played by Jerusalem in the life of Jesus and other prophets.

On the other hand, their report seems problematic: Luke 9:7-9 and 23:8 suggest Herod’s interest in Jesus was not in killing him, and when given the chance to condemn Jesus in the Passion account, Herod refuses to do so (23:6-12). We cannot be sure of Herod’s status in the passage, however, because of course Herod had both imprisoned and executed John the Baptist (3:19-20; 9:9).

Jesus’ Death a Part of His Mission

Whatever the purposes of the Pharisees and Herod, Jesus uses the threat to make clear the nature of his upcoming death as a part of his mission. Jesus is going to die, but it will have nothing to do with the threat of Herod. Rather, his death is the completion of his present ministry. He characterizes this ministry as “casting out demons…performing healings” (v.32).  Both activities are by themselves important:

To reinforce that Herod has no control over him, Jesus adds that he will be doing these things “today and tomorrow” (v.32).

When Jesus follows this statement about “today and tomorrow” by saying that “on the third day I finish my work,” it is perhaps not apparent from these words alone what he means. Indeed, the reference to “the third day” probably sounds to most readers like a reference to the resurrection. Perhaps the resurrection is meant to be included, but the following verse makes it clear that it is his death that Jesus primarily has in mind: “Yet today, tomorrow, and the next day I must be on my way, because it is impossible for a prophet to be killed outside of Jerusalem” (v.33).

The important point to note is that Jesus’ death is in continuity with the rest of his ministry — “today,” “tomorrow,” and “the third day” go together. Jesus’ death is not of a fundamentally different character than his ministry while he was alive: They are all about establishing the kingdom of God. Holding together Jesus’ life and death helps us to make better sense of both.

Jesus’ mention of his death in Jerusalem leads him to reflect on the tragedy that Jerusalem had been in Israel’s past and will be in Jesus’ future, even though its role is a necessary one, as the end of v.33 makes clear. Jesus’ prophetic reflection alternates between denunciation and compassion:

He first indicts Jerusalem as the city that kills the prophets (v.34). The irony is heavy. Jerusalem, after all, is “the place which the LORD, your God, chooses out of all your tribes and designates as his dwelling to put his name there” (Deuteronomy 12:5). That the city of God’s habitation becomes the seat of such violent opposition to God is part of the ironic tragedy of Israel’s own story, including Jesus’ story.

Immediately following this indictment we have the compassionate and agonized plea in which Jesus longs to shelter the children of Israel like a mother hen does for her brood. Nevertheless, punishment is announced in Lk 13:35: “your house will be abandoned,” probably a reference to the destruction of Jerusalem and the temple in A.D. 70.  But Jesus ends with a recognition that Jerusalem will, at least for a moment, recognize him. He refers, of course, to his triumphal entry on Palm Sunday.

One meaning for us: This passage calls us to ever prepare ourselves to experience Jesus’ cross by considering whether our lives lead appropriately to that cross. Can we make sense of our lives as a part of the establishment of God’s kingdom in our world? Or are we frightened from our mission by the threats of earthly rulers? Moreover, if Jesus were to speak prophetically to us, what would his message be? How have we resisted God’s messages and kingdom? Paul refers to the church as a temple, as the dwelling of God’s Spirit (1 Corinthians 3:16-17). So how have we played the tragic role of Jerusalem? On the other hand, how have we recognized God’s messages and kingdom, and how can we continue to do so?