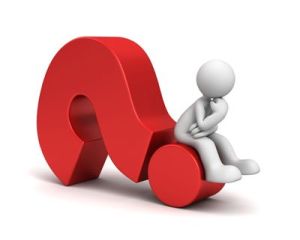 There are 75 million Americans who voted for Mr. Biden. There are 71 million Americans who voted for President Trump. There is a divide, there are passionate people. There is an election that had been lost; an election won. And in the midst of all this I am reading “The Immortal Irishman” by Timothy Egan. The books details the life and times of Thomas Francis Meagher, from his rise as an Irish nationalist and leader of the Young Irelanders in the Rebellion of 1848 (in the wake of the Great Hunger ((Irish: an Gorta Mór ; outside of Ireland known as the potato famine), his conviction of sedition, sentencing to death (but instead exiled for life to Van Diemen’s Land/Tasmania in Australia), his escape to the United States, his leadership of the Irish Brigade during the American Civil War, and his final adventure to Montana.

The Young Irelanders were the leaders of a group that sought to throw off the mantle of English rule and repression from Ireland. During the Great Hunger when 1 million Irish died of starvation and disease; 1 million emigrated by 1848 (there also later waves of hunger/famine/migration). A vast majority of the emigrants went to the United States – and while they sought to integrate into life here, there was always a strong national identity and a hope that one day Ireland would be free.

The American Civil War saw Irish fighting on both sides. The same conflict saw former “Young Irelanders” in leadership on both sides. Like the nation as a while, the Civil War divided and wounded the Irish community. And yet the bonds of family allowed them to mourn their losses, to find a new unity post war, and retain the hope that one day Ireland would be free.

Was it worth it? That is a question for them to answer – but what is clear is that the bonds of family survived – dented for sure – but there was always a vision and bond that sustained “the family”

Here in our day, there are 146 million people (plus ones who did not vote) who likely have to ask the question: was it worth it? Will we as a nation be able to hold differing political and policy perspectives, yet hold a vision for what we are as a nation. More concretely, will we within our own families be able to do the same?

There are families that are as divided as our electorate. They have each said their piece, not convincing others, unpersuaded by the other’s arguments – and then made a choice for party or family. Some chose “no politics at the dinner table” and kept being family. The dinner table was extended to social media – leaving each to have their say but not within family.

Other families made other choices. Some families unfriended family members, left others uninvited to family gatherings, weddings, baptisms, and even funerals – choosing politics over family. Was it worth it? Candidates comes and go. Passions rise and fall. Family… that’s forever.

Facebook became a measure of divide. A family member might wake up to discover birthday greetings, anniversary celebrations and graduation photos disappeared from one’s  timeline as other family members used social media to take sides. One might type the names of relatives into the search box – a name known and loved all one’s life – only to find profiles popped up, along with the phrase “Add Friend” – you’ve been unfriended. Perhaps in extreme cases, no results – the one sought having vanished completely after blocking you. Or they eliminated their Facebook account, disappearing into an echo chamber of their choosing.

One lament is that “they have chosen (fill in a name here) unknown to them over the one who was present in all the tough moments of life.”  Another lament accompanies the transfer of perceived character flaws from the candidate to the family member, despite a lifetime of evidence to the contrary. The laments are many.

What has changed? According to sociologists Bradley Campbell and Jason Manning our culture has shifted from a “dignity culture” (where aggrieved parties tended to let more minor slights go because it was assumed that all people have a central dignity that they don’t need to earn) back to an “honor culture” that we last experienced in the 18th and 19th centuries – where slights had to be avenged; when we had duels. These pistols and swords have been replaced by tweets, posts, and vitriolic. Wounding and death still occurs, only under another guise.

Part of Christian character is to possess the thoughts-words-actions-habits-character that see the central dignity of the other, a dignity conferred upon them by God. Do you still have family “at the table?” Or do you sit alone at night fuming, plotting ways to recover honor and be avenged from those who have “wronged or slighted” you.

If you are sitting alone or only with others in an echo chamber of thought, perhaps the question we all should ask is “was it worth it?”