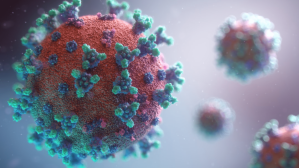 I think there was a spark of hope announced recently when Pfizer announced the results of its COVID-19 vaccine trials with 90% effectiveness as a vaccination. There are ten other companies that are in final stages of trials for their product. Certainly welcomed news in an otherwise dismal on-going reports of skyrocketing new infections, increasing positivity rates, a new wave of deaths expected in the typical 2-3 week lag, and (for me) discouraging reports of pockets of people and communities that refuse to wear masks. Their logic escapes me.

… and then there are the next steps

Now the drug maker, the government and the public health community face a new challenge: quickly making millions of doses of the vaccine and getting them to the hospitals, clinics and pharmacies where they will be injected, two separate times, into people’s arms. And I wonder how and if the health insurance companies are to be involved?

But Pfizer — like other manufacturers that may soon be authorized to roll out their vaccines — does not fully control its own destiny. The effort will hinge on collaboration among a network of companies, federal and state agencies, and on-the-ground health workers in the midst of a pandemic – human resources already stretched to the limit. Before Pfizer can begin shipping its vaccine, federal and state governments must decide on the allocation plan for the doses. Plans that provide details well beyond the first phase of “health care workers and essential workers.” There will be plenty of controversy even there as States advocate for their priority on the list yet hope to avoid the struggle for PPE and ventilators last spring when the governors were left on their own to acquire critical resources. The devil is always in the details.

And it is not just plans for distribution of the doses and preparation of the people to administer.  McKesson, a major medical supplier, will have to provide hospitals and other distribution sites with the syringes, needles and other supplies necessary to administer the vaccine. Employees at those locations will need to be trained to store and administer the vaccine. They will also have to ensure that, three weeks after people get the vaccine, they return for a second dose. And millions of Americans must be persuaded to get the shots in the first place. And… the doses have to be stored at 70 degrees below zero. Between now and initial distributions, the coolers have to be built, transportation carriers brought in to the logistics, and local storage-prior-to-end-point-delivery has to be established.

UPS and FedEx are already being “read into” the plan. They are planning additional security surrounding the shipments of the reusable coolers. By the way, the coolers are equipped with environment and GPS sensors to monitor temperatures and locations during transport.

Once the coolers reach their destinations, hospitals or pharmacies will have limited storage options. The easiest option is using ultracold freezers, but not many sites have them. Otherwise, the facilities can store the trays in conventional freezers for up to five days. Or they can keep the vials in the cooler for up to 15 days, so long as they replenish the dry ice and don’t open it more than twice a day. By the way, various news organizations are reporting states are already resourcing and competing for ultra cold storage units.

Lots of details, lots of planning. And the age old adage from the military: all battles plans evaporate upon first contact with the enemy.

Think what one will about the election, but it is time for the new Covid-19 response team to be brought into the planning and preparation of a project that will begin to roll out “on their watch.”

The above is from the “manager in me.” But all the above raises serious and complex ethical questions. Johns Hopkins bioethicist Ruth Faden is working to address the key ethical issues. She compares the issues as being similar to the ventilator questions we faced in the spring – only this time “on steroids.” She continued to outline the questions:

Initially there will be scarce supply of the vaccine, governments will be scrambling to procure it, and, …the winners will be fairly predictable: countries that have the resources.

On the next level, some wealthy countries will likely end up with substantial amounts of vaccine. Over time, if all goes well, these countries will have to decide how much product they’re going to keep and how much, if any, they’re willing to share with other countries where the vaccine may be in very short supply. These are complex questions of ethics, and they’re wrapped up in geopolitics, and also national politics.

There’s a term called vaccine nationalism—where countries understand their obligations to be primarily, if not exclusively, to their own residents. Although there is an expectation that countries with the resources and production capacity will meet their own health needs first, should they ignore the needs of people living in other countries with severe economic constraints? From an ethics perspective, a balance must be struck.

But rather than thinking about nations, think about the above in terms of our brother and sister Catholics across the globe. The ethical question is no less complex, but this raises the question (or should) about what it means to be the Body of Christ. And that is not simply a global, trans-national question. How about here at home?

One thing we know about pandemics is that the poorest and least powerful in society get hurt the most. In the U.S., we’ve seen that happening in this pandemic with people of color, who are experiencing disproportionately high rates of infections and deaths for reasons rooted in longstanding structural injustices. Should we be intentional and consider putting people of color high on the list for vaccine priority in the early days.

A working vaccine is truly a blessing. How we plan and how we distribute it will likely reveal something about us – at least in so far as how we think about it. For most of us, if we are wiling to take the vaccine, we will simply be one who receives the gift. But in the meantime we can pray for those involved in planning, distribution, delivery and sorting through the ethical questions that attend to it all.

1 thought on “Next Steps”