A few years ago I purchased a used Subaru Outback. Given my history of buying and keeping a car for long periods and the reputation of the Outback, it will probably be the last car I ever have. (Note: being a Franciscan friar, the Province actually owns the vehicle, but it is in my care and use). The previous car (Toyota Scion) I drove for 12 years. The average ownership of an Outback exceeds 10 years…. so…. I am guessing I will not participate in the move to all electric cars.

The folks I know that own electric cars are very positive about them, especially never having to go to a gas station. There is a convenience in charging the car in the comfort of the garage at home. The car is almost exclusively used for local commuting. I suspect most of us are local commuters 95% or more of the time. Some of my friends have the “war stories” of taking the vehicle on a road trip having mapped out the places to recharge – and then arriving and seeing there was a line of other cars waiting to recharge. It took more than an hour to get to the charging station connection. In general, you can add 100 miles to the car with a 40 minute charge. A zero-to-full charge is in the six-to-eight hour range. There are lots of infrastructure details to figure out.

When I was in Kenya, I visited a small island in Lake Victoria. It was a seasonal fish camp for folks whose home was on the larger Mfangano Island. The camp was closer to the fishing areas. One vivid memory of the day was “walking on batteries.” There was no water, no nothing on the island. All the amenities of home (which were few apart from a radio) were battery powered. When done, the batteries were simply dropped to the ground. The situation was problematic in many ways, but it makes you wonder about battery disposal.

And what about electric car battery disposal. In this age we rightly reflect on carbon footprints and hold up the electric car as a good response, but I wonder how well we have thought out this solution. This was always a looming problem, but General Motors’ recall of their Bolt cars for dangerous batteries has suddenly boosted the issue into view.

Spiers New Technologies Inc (SNT) is “the leading full-service provider of ‘4R’ services (repair, remanufacturing, refurbishing and repurposing) for advanced battery packs used in hybrid and electric vehicles. SNT’s 4R services allow vehicle OEM’s to optimize the life cycle management of their battery pack inventory and maximize its value.” – from its website. From the industry perspective, they indeed are the leaders in the “4R” world of batteries. When batteries can’t be fixed or reused, the company recycles some at its onsite facility. It also stores batteries. Lots of them. SNT’s main warehouse in Oklahoma City holds hundreds of electric car batteries, stacked on shelves that reach 30 feet into the air. With the Bolt recall, GM will send SNT many more.

By the end of the decade, the International Energy Agency estimates there will be between 148 million and 230 million battery-powered vehicles on the road worldwide, accounting for up to 12 percent of the global automotive fleet; a lot more batteries that will eventually need 4R services. If you think about it, how many auto manufacturers have pledged to go all electric by year 20xx? Those batteries, and millions more like them that will eventually come off the road, are a challenge for the world’s environmental future.

…and I think about that small island in Lake Victoria. They were not addressing the waste and disposal issue, but we have the window of time to think through what we need to do.

Autos use lithium-ion batteries whose contents are toxic and a fire hazard by themselves. Think of a single fire in the SNT main warehouse. A recent EPA report found that lithium-ion batteries caused at least 65 fires at municipal waste facilities last year, though most were ignited by smaller batteries, like those made for cell phones and laptops. The fire protection system in SNT’s warehouse is extensive.

Core materials can be extracted from old batteries to reclaim cobalt and lithium. In an ideal world, each of those lithium-ion batteries stacked in the Oklahoma warehouse would be reused and recycled, ad infinitum, to create the lithium-ion batteries of 10, 25, even 50 years from now—with little new material required. Experts call this a “circular economy.” One estimate holds that recycled materials could supply more than half of the cobalt, lithium, and nickel in new batteries by 2040, even as electric vehicles become more popular.

But what happens to used cars that are still in good working shape? Worldwide the average vehicle may have three to four owners and cross international borders in its lifetime. When it finally dies, it falls into a globe-spanning network of auctioneers, dismantlers, and scrap yards that try to dispose of cars as profitably as possible. These vehicles go to auction and anybody can purchase them and do as they please. Today there is a good “above-ground” industry in auto parts and scrap metal.  There is also an active underground marketplace. When it comes to the world of car batteries, the market is changing. Conventional lead-acid batteries are recycled and are easy to dismantle. Electric car lithium-ion batteries are large packs with dozens of components and radically different designs depending on their manufacturer. 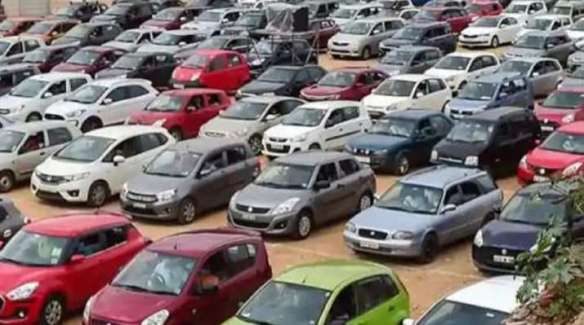 The recycling process typically involves shredding batteries, then breaking them down further with heat or chemicals at dedicated facilities. That part is relatively “simple.” The harder part is getting dead batteries to those facilities. About 40 percent of the overall cost of recycling is transportation. Lithium-ion battery packs are so massive they need to be shipped by truck in specially designed cases, often across distances, to reach centralized recycling facilities. Handling lithium-ion batteries is so demanding that dealerships find it easier to ship the damaged 4,000-pound car just so SNT can extract and repair or recycle the 1,000-pound battery inside.

At the moment, the economics of lithium-ion battery recycling is dependent upon dealers and manufacturers paying companies like SNT to do the work. It is cheaper to mine up new materials rather than recycle. The only battery material that can be recycled profitably is cobalt, because it’s just that rare and expensive. For the same reason, many battery makers hope to eliminate it from their chemistries soon, threatening to make the value proposition for recyclers even harder. But as more batteries reach the 4R point, the economies of scale will hopefully drive down costs. That has been the experience in China where most lithium-ion batteries are made and recycling technology is ahead of the remainder of the world.

I am sure that the Lake Victoria island disposal process won’t happen here in the United States. Electric car batteries are too big to hide. A landfill won’t take them knowingly because of fire risk. A massive pack dumped somewhere is easier to trace back to an owner, or at least to its manufacturer. That will help keep most battery packs on the path to being recycled. But then remember most used cars end up somewhere else. About 40% of gas-powered US autos end up outside the country. That is especially true if the cost of making the car US-road worthy is too expensive. For electric vehicles it raises the question of the infrastructure and ability to practice the 4Rs of lithium-ion batteries.

When solar panels were first manufactured, they had similar toxic material problems in the life cycle to end of panel disposal. In the 40 years, the technology has improved, the materials are more easily recovered and recycled, and the “4R” life-span is greatly increased. Still the recycled panels from the US are sold overseas. I suspect that if we want to peer into the future of electric car batteries, we might gain insight from the solar panel industry.

Something to think about.