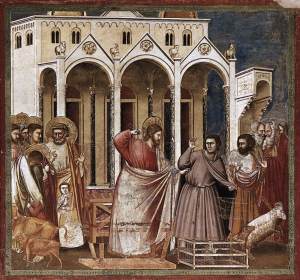 Which Temple? 17 His disciples recalled the words of scripture, “Zeal for your house will consume me.” In v. 17, the focus shifts to the disciples and their recollection of these events. They are interpretive witnesses (see v. 22). John, like many other NT writes sees Psalm 69:10 as pointing to Jesus’ death (e.g., Matt 27:34, 48; Mark 15:23, 36; John 19:28; Rom 15:3). Verse 17 alters Ps 69:10 slightly, however, and that alteration is theologically significant. In the Hebrew and Greek versions of Ps 69:10, the verb “consume” refers to past events, but in the disciples’ recollection of the verse, the verb is translated as a future tense (“will consume me”). Psalm 69:10 thus functions as a prophecy of the time when Jesus will be consumed—that is, his crucifixion. This use of Ps 69:10 gives the temple cleansing a christological emphasis. In the synoptic Gospels, the OT quotations draw attention to the Temple, but Ps 69:9 fixes the reader’s attention on Jesus. John’s temple story is ultimately about Jesus’ fate, not the Temple’s. END_OF_DOCUMENT_TOKEN_TO_BE_REPLACED

13 Since the Passover of the Jews was near, Jesus went up to Jerusalem. 14 He found in the temple area those who sold oxen, sheep, and doves, as well as the money-changers seated there.

The Temple and Money Changers. The “temple” signifies the whole of the Temple precincts, including the various courts as well as the holy place. It is most certain that the area of action occurred in one of the courtyards. It is certain that the selling mentioned took place in the outer courtyard, the court of the Gentiles. The reason for the practice was, of course, the convenience of having at hand a supply of animals required for the prescribed sacrifices. END_OF_DOCUMENT_TOKEN_TO_BE_REPLACED

13 Since the Passover of the Jews was near, Jesus went up to Jerusalem. 14 He found in the temple area those who sold oxen, sheep, and doves, as well as the money-changers seated there. 15 He made a whip out of cords and drove them all out of the temple area, with the sheep and oxen, and spilled the coins of the money-changers and overturned their tables, 16 and to those who sold doves he said, “Take these out of here, and stop making my Father’s house a marketplace.” 17 His disciples recalled the words of scripture, “Zeal for your house will consume me.” 18 At this the Jews answered and said to him, “What sign can you show us for doing this?” 19 Jesus answered and said to them, “Destroy this temple and in three days I will raise it up.” 20 The Jews said, “This temple has been under construction for forty-six years, and you will raise it up in three days?” 21 But he was speaking about the temple of his body. 22 Therefore, when he was raised from the dead, his disciples remembered that he had said this, and they came to believe the scripture and the word Jesus had spoken. 23 While he was in Jerusalem for the feast of Passover, many began to believe in his name when they saw the signs he was doing. 24 But Jesus would not trust himself to them because he knew them all, 25 and did not need anyone to testify about human nature. He himself understood it well. END_OF_DOCUMENT_TOKEN_TO_BE_REPLACED 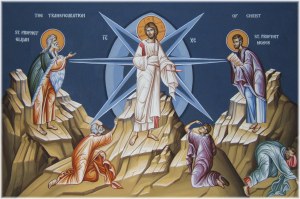 I wonder why the Catholic Church chooses this gospel account every 2nd Sunday in Lent. We always hear the reading of the Transfiguration, the glorious account of the divine glory of God being revealed in the person of Jesus. It is amazing – so amazing that we celebrate the Feast of the Transfiguration every August 6th; we have been doing so for 800 years or so. Our Christian brothers and sisters proclaim this gospel on the Sunday before Lent. That also makes some sense to me because it is from this point in the story that Jesus will head straight to Jerusalem, culminating in Passion Week, fulfilling exactly what Jesus told them: he would be raised from the dead after suffering. Jesus’ words point to the crucifixion, just as Lent begins to point us to Good Friday. Reading the Transfiguration immediately before Lent gets us ready. But why the 2nd Sunday in Lent? But why proclaim this gospel twice in the same liturgical year? END_OF_DOCUMENT_TOKEN_TO_BE_REPLACED

And well do you know, my excellent brother, how, in the midst of such offenses, we must watch lest hatred of any one gain a hold upon the heart, and so not only hinder us from praying to God with the door of our chamber closed, but also shut the door against God Himself; for hatred of another insidiously creeps upon us, while no one who is angry considers his anger to be unjust. For anger habitually cherished against any one becomes hatred, since the sweetness which is mingled with what appears to be righteous anger makes us detain it longer than we ought in the vessel, until the whole is soured, and the vessel itself is spoiled. Wherefore it is much better for us to forbear from anger, even when one has given us just occasion for it, than, beginning with what seems just anger against any one, to fall, through this occult tendency of passion, into hating him. (St. Augustine’s “Letter to Profuturus” (Letter 38)) 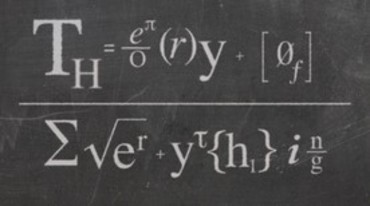 A theory of everything is the ultimate theory, a hypothetical single, all-encompassing, coherent theoretical framework of physics that fully explains and links together all physical aspects of the universe. Finding a “theory of everything” is one of the major unsolved problems in physics. END_OF_DOCUMENT_TOKEN_TO_BE_REPLACED 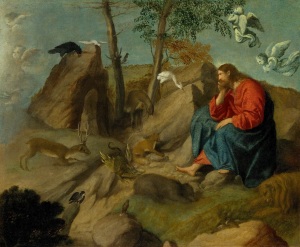 The very first liturgical action in the Rite of Baptism isn’t pouring water – it is marking the one receiving baptism with the sign of the cross – traced on the forehead. At the same time speaking the words, “I claim you for Christ…” They are powerful words, words of life and death. Words that mark a new beginning. “I claim you for Christ…” This is who you are and whose you are. And now off you go into the world, into the wilderness of life, among the beasts and the angels among us. END_OF_DOCUMENT_TOKEN_TO_BE_REPLACED 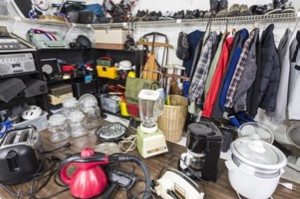 From time to time, I am asked “if the parish could use…” and what follows is a litany of things old and beloved, unusual and familiar, new and used, useful and whimsical, and the occasional, “I don’t know what it is, but it seems like it is holy.” The conversation is hardly ever (perhaps never?) with a person from the millennial demographic. At this point in their lives, they live minimally and do not have the same emotional connection to things as did the generations before. They are a mobile group and thus don’t want a lot of stuff when moving house or moving to a new city. IKEA will do just fine until things settle. END_OF_DOCUMENT_TOKEN_TO_BE_REPLACED 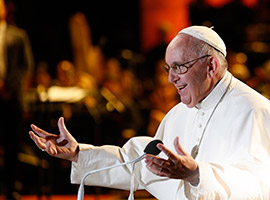 Every year, as Lent approaches, parishioners ask for advice: What should I do for Lent? I am always happy to help a sister or brother in Christ to make Lent a time of spiritual growth. Maybe this year you might want to “upgrade” your source of Lenten advice. Well, who better to pick for as your Lenten spiritual director than Pope Francis? Here is his advice for a Lenten period of deepening your spiritual life. END_OF_DOCUMENT_TOKEN_TO_BE_REPLACED

14 After John had been arrested, Jesus came to Galilee proclaiming the gospel of God: 15 “This is the time of fulfillment. The kingdom of God is at hand. Repent, and believe in the gospel.”

Now that Jesus has been introduced as the unique Son of God, the one who will embody the Spirit and even reverse the story of sinful humanity, his public ministry can begin. Mark notes that Jesus came to Galilee to preach after the arrest of John the Baptist (v. 14). His return to Galilee cannot have been an attempt to escape danger, since Herod Antipas, who executed John the Baptist (6:14–29), ruled Galilee and Perea. END_OF_DOCUMENT_TOKEN_TO_BE_REPLACED