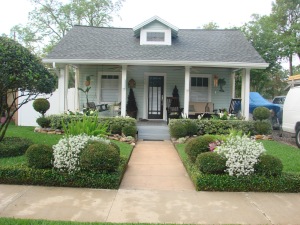 I grew up in the College Park section of Orlando. It has been around for a while. The first resident, John Ericsson, built his home in 1880.  In the 1920s there was a huge upswing in new homes and many of the neighborhoods east of Edgewater Drive were constructed. The area west of Edgewater was built in the late 1940’s and 1950’s.  College Park was the home to people as diverse as astronaut John Young and beat-generation writer Jack Kerouac. In the late 1950’s and early 1960’s when I was growing up there, everybody knew folks; you certainly knew everyone on your street and one or two streets in each direction.  You could mostly walk up and down the street in the early evening and meet and greet most folks.  They were on the porch when the afternoon humidity had lifted and you could catch a bit of coolness from the evening breeze. Then some darn fool went and made air conditioning popular. END_OF_DOCUMENT_TOKEN_TO_BE_REPLACED