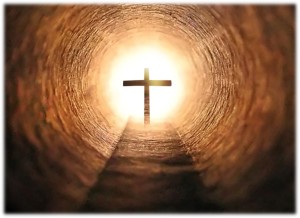 (This is a reprint of a column from last year.  In these days a good bourbon augmenting the Spiritual Life seemed somehow appropriate – Fr George)

Bardstown, Kentucky, is not a large town; the population is only 12,000 or so. It was the first center of Roman Catholicism west of the Appalachian Mountains in the original western frontier territories of the United States. The Diocese of Bardstown was established on Feb. 8, 1808, by Pope Pius VII to serve all Catholics west of the Appalachians. The diocese served Kentucky, Ohio, Michigan, Wisconsin, Indiana, Illinois, Iowa, Missouri, and parts of other states. This area is now served by 44 dioceses and archdioceses across 10 states. Bardstown and the local surrounds are home to the Basilica of St. Joseph (the first Cathedral before the diocese center moved to Louisville), the Sisters of Loretto Motherhouse and the Abbey of Our Lady of Gethsemane, the Trappist monastery that was home to Thomas Merton. If that weren’t enough, several distilleries operate in and around the Bardstown area, including Jim Beam, Heaven Hill, Barton 1792 and Maker’s Mark, among others, and thus the town is known as the Bourbon Capital of the World. And perhaps bourbon and the spiritual life are connected and not just a consequence of history.

Cardinal John Henry Newman, the great English churchman, noted that both the spiritual life and doctrine developed like the distilling of liquor – slowly, carefully, well-attended, and only in its own good time, which is a description that aptly describes the distillation of bourbon.

Matthew Milliner recently speculated on the connection of bourbon and the spiritual life. “Like those aging barrels of bourbon, these monks and nuns also mature in their annual rhythms, their prayers expanding and contracting with the celebrations and austerities of every liturgical year.” Milliner went on to explore the parallels of classic spiritual journey of purgation, illumination, and union.

In our lexicon, we know Purgation as repentance or conversion. Thomas Merton wrote of this as a process, an original coming to the faith or a deeper founding in the faith. He said of the young converts that they think the work their own, not yet understanding that only God can refine us and separate us from the slag and dross of our selfishness which is all in order to fuse us into the newness of life, growing towards the wholeness of perfect unity with God.

Perhaps corn, barley, wheat, and rye experience the same process. They are pulled from their comfortable summer homes in the fields to be converted, milled, turned into the slag and dross that is the “mash.” Then subjected to new heat and fresh water, it experiences new growth and life (fermentation). At the end of purgation, just as the new convert is hardly a mature Christian, so too the bourbon mash is hardly bourbon ready to carry its maker’s label.

The process of Illumination is an expansion of the new, a contraction of the old, ever striving towards a new understanding, never quite complete in this life. The bourbon mash, better a fermented sourdough beer at this point, is then moved through vertical columns and blasted anew by heat. It is a spiritual cleansing as the “beer” evaporates. The liquified harvest is called “white dog” and carries the flavor of sambuca. It is in the process of becoming something else, a more fully complete version of the original grain, passed through the illumination of trauma, newly revealed, or at least pointing towards what it is called to be.

Merton wrote, “…my existence, my peace and my happiness depend [on this]: to discover myself in discovering God. If I can find Him, I will find myself and if I find my true self, I will find Him.” Illumination is not the end, but the beginning – just as white dog is not bourbon. Just as we are not fully who we are called to be. Aging and maturity are needed.

White dog enters the barrel as clear as vodka, as yet unrefined, like a new believer whose knowledge of God is unrefined. Just as aging in the barrel allows the oak to lend a flavor, a branding to the not-yet-bourbon, so too the interior life of prayer is infused with the life of God. All of it unfolds as the seasons pass. In the high heat of summer, the aging contents of the barrels expand, sometimes forcing itself through the wood of the barrel; even as in the winter it contracts, pulling the sap of the oak and adopting its color and hue. For six to seven years, it ages. When the master opens the barrel, as much as half of the liquid can be gone. Sometimes the barrel is empty.

Merton saw the process of Union as one of emptying oneself, denying oneself – no longer living for ourselves, but living for Him. This points to a parallel in paradox. With bourbon, as the volume in the barrel decreases, the quality of the bourbon increases. The less of it there is, the better it is. So too, as we decrease and let God increase, the less of “us” the better we are. So that it is hard to tell where we end, and Christ begins.

Perhaps it is only at the end where the analogy fails. The highest quality bourbon – the grain that has unleashed its fullest potential is destined for the top-shelf, the domain of only those who can afford its steep price. The highest quality Christian is destined for the “bottom shelf” where love is offered for free to all who would seek union with God.

And such are thoughts from Bardstown. Something a little different, but something upon which to reflect. For more information, see Fr. Zack, as he is the house bourbon expert and spiritual guru.

1 thought on “Bourbon and the Spiritual Life”