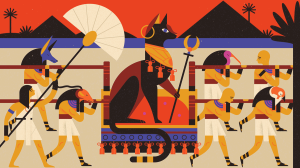 I have always been interested in the stories of the Kings of Judah and Israel as accounted in the Bible’s books of 1st/2nd Kings and 1st/2nd Chronicles. When the topic is raised among most Christian people, I would suggest that people recall the reign of King David and the stories of his son, King Solomon – and conclude that the era of the Kings was a good thing. They easily forget that Saul was the first king and his reign did not end well. Nor did Solomon’s. And David had his own spectacular moral failures. Apart from King Josiah, the rest of the Kings of Judah and Israel are judged harshly by Scripture, failing to do their duty to God and the covenant people, falling prey to the corruption of power.

It not just kings of all place and times; it applies to Popes and Franciscans. Francesco della Rovere was a Franciscan and Minister General of the Order. He was noted for his humility and commitment to the values of the Franciscan Order. In 1471 he was elected pope and took the name Sixtus VI. In his time as pope he was noted for nepotism, lavish spending, and involvement in the infamous Pazzi conspiracy.

“Power tends to corrupt and absolute power corrupts absolutely” — so wrote Lord Acton. It is an oft quoted line used to describe the growing and expanding abuse of power by a leader or person of authority.  People are applying it to President Trump in light of his tenure in office, the days since the election and especially in regards to the events he incited in our nation’s capital on January 6, 2021. Sadly it really does not apply to Trump. The office of the presidency just gave his corruption a grander stage on which to perform.

A fuller citation of Lord Acton’s words are: “I cannot accept your canon that we are to judge Pope and King unlike other men, with a favourable presumption that they did no wrong. If there is any presumption it is the other way against holders of power…Power tends to corrupt and absolute power corrupts absolutely…There is no worse heresy than that the office sanctifies the holder of it.”

Acton’s comment was not directed at those in positions of power, but of those who enabled them.  The last four years have confirmed Action’s comments as a wider circle of associates, sycophants, and the electorate shrugged off his demeanor and behavior – “that’s just the way he is…” A way we would not allow our children to exhibit lest their character be corrupted. But the power of the Office of the President didn’t corrupt Trump. That power invited corruption in others leading to the erosion of standards and principles and their replacement with baser motives. The corruption has been infectious. Conservatives once were the standard bearers of fidelity to the Constitution. Five years ago, no one who knew Sens. Marco Rubio, Lindsey Graham or even Ted Cruz could have imagined their stand in today’s political limelight. Such is the extent of the corruption. The vast majority of conservatives have resisted the infectious reach of presidential power. One need only think of Sens. Mitt Romney and Jeff Flake. But too many have remained silent or said too little too late.

This corruption extends far outside of Washington. Lawyers, journalists, pastors, state and local leader, all of whom proclaim good character, decency, Christian faith, federalism, family values, constitutionalism — “they have been shaved down and bent to fit the crooked timber of one corrupt man. The American right is now replete with Actonian cautionary tales, people trading their reputations for one last bit of relevance.” (Jonah Goldberg) I wonder if an accelerant to corruption is the fear of losing power. It accelerates within the holder of power as well as those who are subject to it as they trade their legacy for relevance.

Too many of us have remained silent or said too little too late. My friend Markus Louie wrote this morning: “I think that each of us must come to grips with our individual responsibility to speak clearly, frankly, and honestly; from our hearts of faith whenever we encounter hatred. Politics can no longer be shrouded in the cloth of personal privacy, but must openly reconcile itself to the tenets of faith.”

Our faith requires that we not  “judge Pope and King unlike other men, with a favourable presumption that they did no wrong.” In fact our faith asks us to point out failings/sins to others (Mt 18:15 ff) but as we do we are to recall the guidance of St. Paul: “Put on, as God’s chosen ones, holy and beloved, heartfelt compassion, kindness, humility, gentleness, and patience, bearing with one another and forgiving one another, if one has a grievance against another; as the Lord has forgiven you, so must you also do. And over all these put on love, that is, the bond of perfection.” (Col 3:12-14)