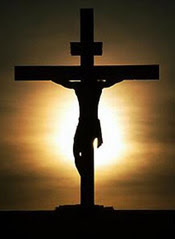 September 14th is the date established for a feast that recognizes the Cross as the instrument upon which our salvation was won by Jesus Christ. This feast is called in Greek Ὕψωσις τοῦ Τιμίου καὶ Ζωοποιοῦ Σταυροῦ (“Raising Aloft of the Precious and Life-Giving Cross”) and in Latin Exaltatio Sanctae Crucis. In English, the 3rd Edition of the Roman Missal restored the traditional name, the Exaltation of the Holy Cross, replacing the 1972 nomenclature of the Triumph of the Cross. When the feast day falls on a Sunday (e.g. 2014 and 2025) it replaces the Sunday celebration of Ordinary Time. END_OF_DOCUMENT_TOKEN_TO_BE_REPLACED

The first reading today is from the Book of Numbers 21:4-9:

With their patience worn out by the journey, the people complained against God and Moses, “Why have you brought us up from Egypt to die in this desert, where there is no food or water? We are disgusted with this wretched food!” In punishment the LORD sent among the people saraph serpents, which bit the people so that many of them died. Then the people came to Moses and said, “We have sinned in complaining against the LORD and you. Pray the LORD to take the serpents from us.” So Moses prayed for the people, and the LORD said to Moses, “Make a saraph and mount it on a pole, and if any who have been bitten look at it, they will live.” Moses accordingly made a bronze serpent and mounted it on a pole, and whenever anyone who had been bitten by a serpent looked at the bronze serpent, he lived.

The Book of Numbers is the title of the book in English, but the Hebrew title is, more commonly, bemiḏbar, “in the wilderness [of]”). “In the wilderness” describes the contents of the book much better than “numbers,” which is derived from the censuses described in later chapters. Our passage occurs after God has assigned them to wander in the desert for a generation because of their rebellion against the leadership of God. They seem to have to fight their way through the wilderness.  END_OF_DOCUMENT_TOKEN_TO_BE_REPLACED

This coming Sunday is the 25th Sunday in Ordinary Time. In yesterday’s post we looked more closely into the scriptural role of stewards and the expanse and limits of their authority. Today we will consider the troubling v.8: And the master commended that dishonest steward for acting prudently. On just a quick technical note, the expression dishonest steward is literally, steward of wickedness (oikonomos tes adikias). The expression acting prudently (phromimos) can also be translated as “cleverly” a term close to the more common word for prudence (phronesis).  These are both terms that Aristotle described as a kind of practical wisdom. END_OF_DOCUMENT_TOKEN_TO_BE_REPLACED