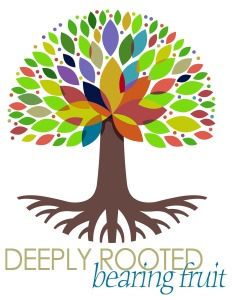 The Greatest Love. In v.13 we come to the greatest love. Morris [598-9] comments succinctly and beautifully: “There is no love greater than that of one who lays down his life for others. Anything else must be less. This is the supreme test of love. In the context this must refer primarily to the love of Jesus shown on the cross. There he laid down his life on behalf of his friends. Some have raised the question whether the love that dies for enemies is not greater than that which is concerned for friends, but that is not before us here. In this passage Jesus is not comparing the love that sacrifices for enemies with that which sacrifices for friends. He is in the midst of friends and is speaking only of friends. With respect to them he is saying that one cannot have greater love than to die for them. When it is a question of enemies Jesus did in fact die for them (Rom. 5:10). And as Loyd says, ‘in truth love has sunk below its proper level if it begins to ask who is my friend and who my enemy. Love gives, and gives everything, for all men.’ That is the thought of this verse. Jesus gives everything, even life itself, for others. There is no greater proof of love.

Friends, No Longer Servants. Here in John 15:15 we hear “I no longer call you slaves, because a slave does not know what his master is doing. I have called you friends, because I have told you everything I have heard from my Father.”

He has not actually used this term of them previously, though it is certainly implied. As pointed out last week in the outline of this section of this gospel, Jesus is speaking to the disciples in the shadow of the Last Supper. Recall a key moment from the account of John 13:

12 So when he had washed their feet (and) put his garments back on and reclined at table again, he said to them, “Do you realize what I have done for you? 13 You call me ‘teacher’ and ‘master,’ and rightly so, for indeed I am. 14 If I, therefore, the master and teacher, have washed your feet, you ought to wash one another’s feet.

The characteristic of the slave that Jesus picks out is that he does not know his master’s business. The slave is no more than an instrument. It is not for him to enter judiciously into the purposes of his owner. His task is simply to do what he is told. But this is not the pattern of relationship between Jesus and his disciples. He has called them “friends.” He has kept nothing back from them. He has revealed to them all that the Father has made known to him. This is not a contradiction of 16:12: “I have much more to tell you, but you cannot bear it now.” Jesus has taken them into his confidence, but their understanding is not as yet exhaustive. They still have much to learn, and Jesus will disclose it in due time through the Spirit.