Two Parables. Matthew apparently intends the parable of the treasure to be interpreted together with the parable of the pearl, which immediately follows. The two parables do have common features: (I) In each case only a brief vignette of a crucial situation is given, without enough details to evaluate them as realistic stories. The interpreter should, therefore, be wary of filling in the gaps from pious imagination, but concentrate on what the parable does, in fact, portray. (2) The primary common feature is surely central to the meaning of each: The protagonist goes and sells everything for the sake of the one thing. This is the action of both the plowman and the merchant. This movement of the story as a whole is to be compared with the kingdom of God, for the kingdom is “like” neither the “treasure” of v. 44 nor the “merchant” of v. 45, but in each case somehow like the story as a whole. In each case, the protagonist acts with the single-minded response of the “pure in heart.” From the story in Mark 10:17-31, Matthew and his community had long known of the kingdom’s demand of “all,” and of one who had failed (cf. esp. Mark 10:21, where selling everything and giving it to the poor is connected with true “treasure”). END_OF_DOCUMENT_TOKEN_TO_BE_REPLACED 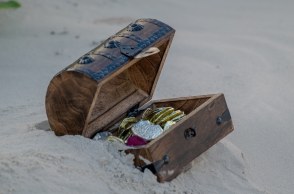 Continuing our look into the gospel for the 18th Sunday of Ordinary Time….

27 Do not work for food that perishes but for the food that endures for eternal life, which the Son of Man will give you. For on him the Father, God, has set his seal.” 28 So they said to him, “What can we do to accomplish the works of God?” 29 Jesus answered and said to them, “This is the work of God, that you believe in the one he sent.” END_OF_DOCUMENT_TOKEN_TO_BE_REPLACED