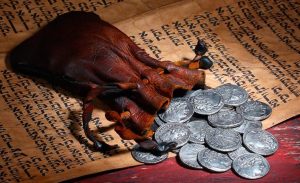 When was the last time you used the word “iniquity?” Admittedly, it is not one of those words that leaps to one’s mind. It sounds somewhat archaic and perhaps reserved to a fire-and-brimstone preacher. Iniquity is not exactly the same as sin. Iniquity describes something as being wicked or immoral in nature or character. It is not an action like sin, but rather the character of the action”. We have a hint of that in the phrase “the iniquity of my sin” (Psalms 32:5). Iniquity can be described as the essence of wrongdoing or evil. END_OF_DOCUMENT_TOKEN_TO_BE_REPLACED