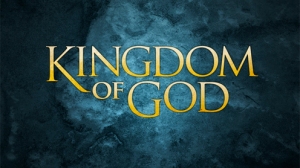 Commentary. 2 The Pharisees approached and asked, “Is it lawful for a husband to divorce his wife?” They were testing him. 3 He said to them in reply, “What did Moses command you?” 4 They replied, “Moses permitted him to write a bill of divorce and dismiss her.”

The Question. As noted in the preceding section, the question is none too genuine. Both Jesus and the Pharisees – and anyone listening in on the dialogue – know that Dt 24:1, part of the Torah (Law), is the basis for the practice of divorce: “When a man, after marrying a woman and having relations with her, is later displeased with her because he finds in her something indecent, and therefore he writes out a bill of divorce and hands it to her, thus dismissing her from his house.” As ever, the Pharisees’ question has little to do with marriage or divorce, but concerns teaching authority (and their desire to trap Jesus so that they will be able to bring charges against him). We have already seen this pattern in 2:1-3:6 and 7:1-23. Then, Jesus responded with Scripture and challenge traditional understanding of the Pharisees’ teaching. Later we will see a question from the Sadducees about the resurrection (12:23) and the Herodian question about the tribute (12:15); they are also questions designed to make Jesus incriminate himself. END_OF_DOCUMENT_TOKEN_TO_BE_REPLACED