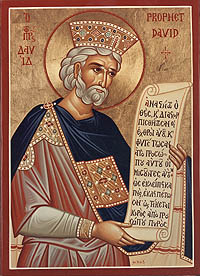 King David – living the dream! I mean who could have imagined?  The Lord God had sent his prophet Samuel out to anoint the one who would be king – and the young shepherd David was selected among all of Jesse’s sons – the one to be king of all God’s chosen people.  And the Lord had been with David on the battlefield as he stood before the giant warrior Goliath.  The Lord had stayed with David when he was a wanted man on the run from the murderous hand of King Saul. The Lord had guided David as be took on the mantle of leadership and had united the 12 tribes of Jacob into one nation. And now David was king. END_OF_DOCUMENT_TOKEN_TO_BE_REPLACED