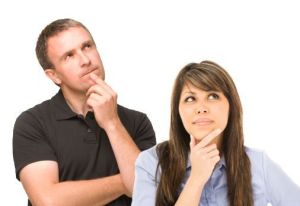 Buzz words: a word or phrase that is popular for a period of time, even fashionable, and is used to impress people with one’s technical insight, leading-edge awareness of trends and strategies, and let the other know “you know.”  Then again, sometimes we use them as a shorthand to communicate a longer sense or assessment of a situation or dynamic. The tricky part is your favorite buzz word might well slip out of fashion leaving you with your favorite phrase already having “jumped the shark.” Of course, that assumes you know that phrase, which I think has become a bit dated. END_OF_DOCUMENT_TOKEN_TO_BE_REPLACED

Recently Gov. Ronmey pollster, Neil Newhouse, asserted that fact checking groups (FactCheck.org, the Washington Post “Fact Checker”, Tampa Bay Times “PoliticFact”, etc) have “jumped the shark.” The specific context was the Romney campaign’s advertisement  that the Obama Administration had gutted welfare reform. The various fact checker groups have basically rated this as “mostly false”, “four Pinocchios” or – so it seems to me – intentionally misleading. Gov. Romney has also been subjected to this kind of “spinning” when his remarks about “liking to fire people” were taken out of context.  Seems to be the state of political advertisement.

Have political fact checking groups “jumped the shark.”  As my friend Angie Holan (disclaimer: works for PolitiFact) says: cue the Jaws music.  These groups are invaluable to today’s landscape (or seascape?).

Here is the state of things: I mostly hold judgment on any political ad until it has been fact checked.  Seems to me political ads have jumped the shark